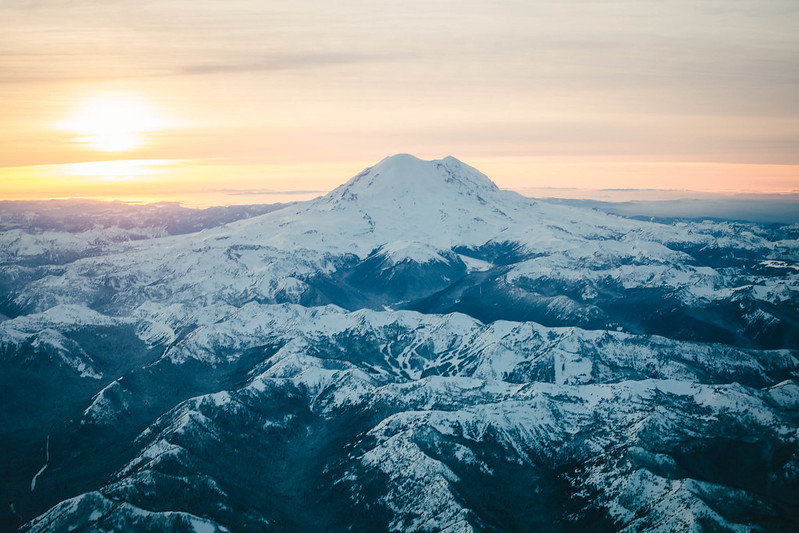 I think we are all guilty of wanting to go on a crazy adventure on occasion. Whether it’s driving across the country or hitchhiking through Asia, our minds find something exotic and alluring about dropping everything and going to some far-flung place.

But reality usually sets in. There are those crazy people who take the plunge, but I think most of us drop the dream in favor of what is practical and comfortable. And honestly, that’s probably not a bad thing. If everyone spent time trapsing off and leaving all their responsibilities behind the world would probably be a mess. We were created to work and there is joy and honor in being a responsible adult.

But that doesn’t mean you can’t have both.

I tend to let the great be the enemy of the good. Just ask anyone who has tried to pick a place to eat with me. So, when I ran into a man who was travelling around the country visiting all of the highest points in each state, I decided I wanted to do something like that, only more awesome. After all, doing the highest points would be copying this guy’s idea and I wanted to do something original. I spent a lot of time wracking my brain and creating an elaborate plan for how I could travel around to all the landmark bridges in each state. Many spreadsheets were involved.

But about the time I finished my plan, I came to a realization. When was I going to do all of this? I was about to start a new career and didn’t really have the time for and didn’t want to dedicate the money to going on a crazy adventure. So, I shelved it, discouraged about not finishing something that I hadn’t even started.

At the beginning of last summer, I came across some of my plans for a trip from a few years prior. I knew I couldn’t make them happen without feeling bad about the time and money I would waste (other life goals and all), but I wanted to do something. So, I uncharacteristically decided to let good be good enough for once and I decided to take one week and travel to some high points. Even if it was copying.

Last summer, I spent the third week of July driving down through southwest Virginia and the Carolina’s and visited the three highest points in those states. And while it was not the exotic trip of a lifetime, it was satisfying and free of all the guilt that I know I would have had if I did something more extreme.

It was so much fun I’ve decided to do the same thing this year. Since I’m going to keep it up, I figured I might as well record it somewhere for future-me’s sake. I figured I don’t put anything else on this blog so it might as well go here.

As of writing this post I have done 5 of the 51 already. A couple people I have talked to about this ask me if I’m going to do Denali or Mt. Rainier or any of the other super high one’s. At this point, I’m just happy to get the one’s I can get when I can get them. I’ll let time tell where things go from here.

I am resolving to write a post about each of the one’s I have already done. I’m also going to create some sort of tracker thing so there is a visual to see what I have done. When remains to be seen. Remember, the theme here is don’t let the great be the enemy of the good.

That’s all for now but stay tuned.